London is, unsurprisingly, steeped in literary and publishing history. Last week, I had the chance to go on a walking tour around some spots featured in various pieces of literature, or ones that were integral to the city’s legacy of publishing.

I thought I would share what I learnt with you! Before we begin, please put your seatbelt on and do not stick your head out of the windows at any point during the tour. First stop…

…the Free Word Centre, which describes itself as a hub for literature and free expression. Just nearby is 37a Clerkenwell Green, where Lenin published for a time.

37a Clerkenwell Green (the red door)

Fun fact: The name ‘Clerkenwell’ comes from Clerks’ Well, where mystery plays were performed in the Middle Ages. The word ‘clerk’ comes from Middle English, and defines a literate person or clergyman. (All this was related on the tour, but can also be found on Wikipedia.)

Next, we move on to the Museum of the Order of St John, where Shakespeare apparently visited, and lived nearby. According to their website, thirty of Shakespeare’s plays were also licensed here.

Near the entrance of the museum

After that, we stop by St Bartholomew’s Hospital, which is where Sherlock Holmes and John Watson first met. I took all the photos on the go, so I couldn’t really get the perfect shot — but here’s a glimpse of the corner of St Barts.

“You have been in Afghanistan, I perceive,” Sherlock said to Watson.

As the sign indicates, very close by is St. Paul’s Cathedral. The cathedral’s courtyard is where publishing essentially began in London. Before the fire of London, monks (also known as clarks) would come here to write important documents. 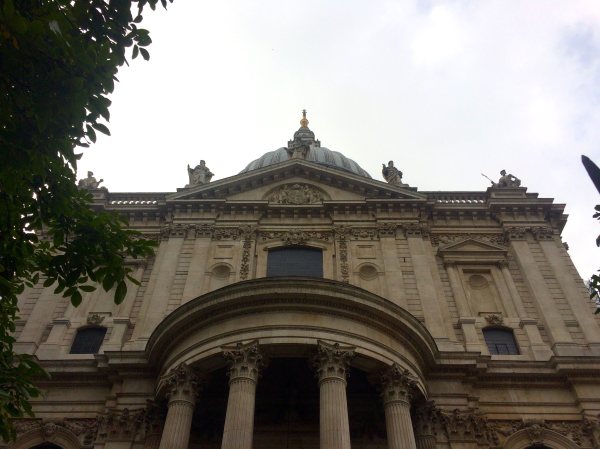 Fun fact: The clarks would have stations similar to market stalls. That is where the word ‘stationery’ comes from. More information on stationers up ahead.

Our next stop is Temple Bar, which originally stood in Fleet Street. Essentially a gateway, it has been featured in the works of Dickens and Donne, to name just two. 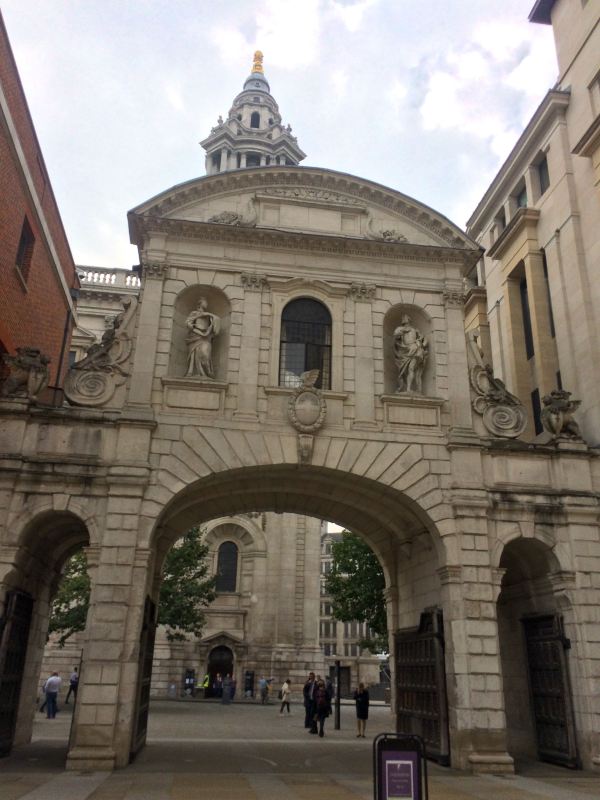 After that, we have the Stationers Hall, which represents publishing in London. In the past, you needed to have a license to print. These were granted by monarchs, who had registers of what was printed. The Stationers’ Register has information on who printed what.

An entrance to the Stationers’ Garden

Fun fact: It was a man called Wynkyn de Worde who brought printing to London. An apt name, don’t you think? 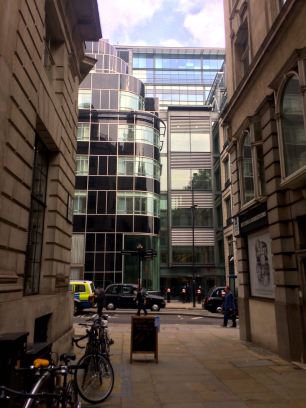 Next stop, Middle Temple. Middle Temple Hall was the venue of the first performance of Twelfth Night in 1602. At the time, audience participation was encouraged, and so lots of drunken people would be sure to join in.

Moving on, we come up to Temple Church, a medieval structure mentioned in Dan Brown’s The Da Vinci Code. Pip from Dickens’ Great Expectations also lived in the church, while the first scene of Shakespeare’s Henry VI was set in its gardens. 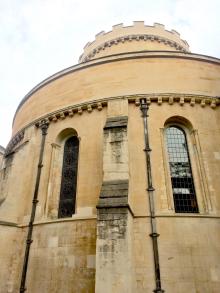 During the fire of London (1666), other buildings nearby were torn down so the fire would not reach this church.

Fun fact: Before we move off, take a quick peek at Dr Johnson’s Buildings; Samuel Johnson published A Dictionary of the English Language in 1755 (Wikipedia).

Our penultimate stop is Foyles bookshop on Charring Cross. It has six floors. What else is there to add? 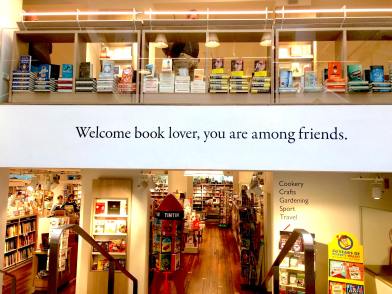 Finally, our last stop… but before we get there, we pass by the Senate House Library, which has apparently been featured in a few films before. Find out more about their collections and more on their website.

And the grand finale is…

the British Library. If I had to choose one from all the spots we’ve visited, I would recommend this place. It’s absolutely amazing. 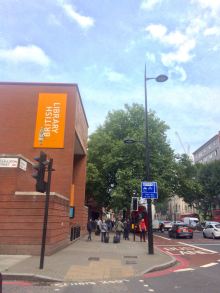 One of its exhibitions is the Sir John Ritblat Treasures (this one is free admission), which features items such as Jane Austen’s notebook, first editions of Shakespeare’s works, sheets of music from the likes of Mozart and Bach, and the Magna Carta, amongst many, many other things. I wholeheartedly recommend a visit if you’re even the least bit interested in history.

And that concludes our little literary tour of London. If you’re still with me, thank you for your company — I hope you enjoyed the tour. If you have any questions, comments or thoughts, please throw them my way and I’ll get back to you.

Thanks for reading, and until next time!