A while ago, I noticed something scary.

For quite some time, longer than I realised, I haven’t been doing what I love. I haven’t written a creative word in months. I haven’t finished a short story since I graduated with my degree in English Literature and Creative Writing last year.

It’s always in the back of my mind. I should write something. This story would be interesting. But I don’t actually do it anymore.

I felt panicked when I realised this. How did I veer this far off track? Did I make the wrong choices? Am I on the wrong path completely?

I’m not heading where I thought I was. Have I made a serious mistake?

For a while, I was convinced that I had messed up.

I’ve been doing a Master’s degree in Publishing. That’s close to finished, so I’ve been applying for jobs and working on my dissertation. I haven’t been idle; I’ve just been doing everything but the things that should be leading me to realising my dream. I’m writing essays and emails and job applications (too many job applications) but… The stories inside my brain aren’t finding their way out onto paper anymore.

When does the writing start? I kept asking myself. When do I begin making my dream a reality? 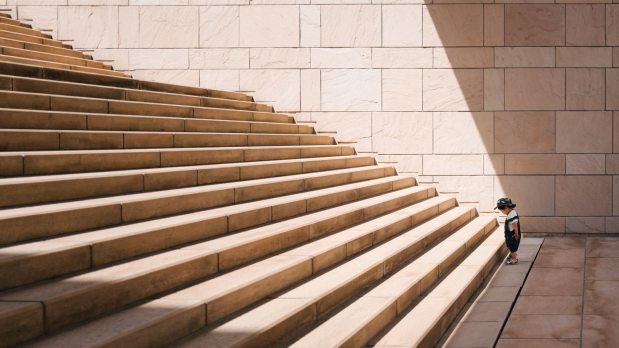 It felt like I was going about life holding my breath, waiting for someone to press the ‘start’ button so I could get working on what mattered.

Except there is no button. There is no starting line, no markers saying ’10 miles until dreams begin’. I’m on the path already, as I’ve always been. Up ahead might be a bunch of fog because, to be honest, I’m making it up as I go. But the path I’m on is the path; the detour is also the path. The writing starts whenever and wherever I choose. I plant my own signs. Dreams begin now.

It’s also a route filled with twist and turns, new interests, responsibilities and some brand new dreams. Because, looking back from where I am now, I don’t regret the direction I’ve taken. If I don’t regret it, how can it be a mistake?

I am so excited about the work I’m doing, and I’ve loved every painstaking, intense, brilliant moment of it. And now, what is immediately ahead may not be the dream I’ve harboured for years and years. But it’s a new one. And it’s equally valuable.

So maybe it isn’t that I’ve veered off the path through the woods and gotten lost amidst the trees. I’ve taken a fork in the road and it’s up to me to make two paths meet again. Until then, I’m happy to be taking the scenic route.

I’ve lost touch with writing for a while, but we’re old friends. We’ll catch up again soon.

Photos by Evelyn Mostrom and Mikito Tateisi on Unsplash.

4 thoughts on “Taking the Scenic Route”